The solution to England's talent problem

Over the last few weeks we have seen the emergence of two young English talents in the Premier League, Ravel Morrison and Ross Barkley. In the Championship, Will Hughes of Derby is catching the attention with his displays and Liverpool’s Daniel Sturridge is finally fulfilling his potential. So, all is looking good for England's future. If England win the next two qualifiers and book a place in Brazil, then all this talk of player development won’t be mentioned will it? They don’t care, they will be off to Rio! But draw or lose one of the games and everyone talks about how inadequate coaching is at grass roots and not enough talent in the game. How England don’t pass or play with fluidity and need to adopt a German approach to their restructure. Many have put forward suggestions on how England can get more players playing in the top flight and in the top teams. Reduce the number of foreign players in each team was one suggestion. Have a minimum of 5 English players in each team was another. Not bad ideas but for commercial reasons and the need for instant success, these ideas will be ignored. And truth be told, there is a lot of good English talent on show in the Premier League at present. The media and coaches always come back to the point of grass roots coaching and not enough of players getting playing time.

One of the main problems the FA face is the craving for instant success from the top teams. Everyone wants the Champions League NOW. They want the money it brings in. The TV rights, the sponsorship and the bums on the seats. Money Money Money. And with all this money burning holes in their pockets, they may as well spend it on top foreign talent. Proven talents capable of helping them win Europe’s top club competiton. Teams in England’s top four, with maybe the exception of Arsenal, don’t have time to wait for talent to emerge. They cannot risk playing a young English player with bags of potential over a $30 million Brazilian international. Even some fans now would be happier seeing a world superstar come in rather than a home grown player playing for them week in week out. There are many factors behind this problem. New owners investing lots of money want lots of money back and more. They want a big trophy each year and the more their rivals spend the more they will spend. And during this greedy process for success, English players in the youth systems are being overlooked. So as a fan, do you want more home grown players or Champions League or League success? It’s a hard one to choose. And for the FA it’s equally as hard. To introduce a change for young English players could slow down the progress of teams in Europe’s competitions. This then would affect the Premier league brand and the financial reward from worldwide audiences. So what do they do? Well here is my idea …pay close attention. 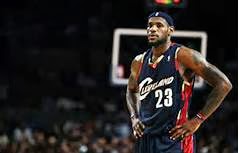 The NBA is one of the most popular sports in the world. It prides itself on helping young talent and showing that talent how to adapt to the big time. It allows young talent to flourish at its own speed. The pressure of instant success that is in football is evident in the NBA, however, there is one very interesting part to it, the Draft. The draft allows the worst performing teams in the NBA to have first pick on the best young talents in college basketball. Cleveland Cavaliers acquiring LeBron James is the prime example. Cleveland, the year before LeBron arrived, had one of the worst records in the league. The Draft allows the poor performing teams to stay competitive. LeBron was the most sought after and talked about player since Michael Jordan and he was playing for one of the lesser teams in the league. This did two things.

1. It allowed LeBron play with a team that gave him minutes and he could grow and showcase his talents at a natural pace.

2. It brought in massive revenue for the team with jersey sales from LeBron and TV rights to see him.

So a win-win for both you could say. During his time there LeBron also led The Cavs to a finals appearance losing out to San Antonio. But what has this got to do with football you ask? Well here we go.

Look at the young players not getting game time in the top 6 teams. What usually happens is that these players are sent to a Championship or League One team. Not the same level that their club are playing at. If a Draft system was implemented this is how it would work. The top five teams put three or four players from their youth system in a pool. These players are on the verge of first team football but are not quite there yet. But with all the mega stars in the team at the moment it will be hard for these players to get game time. The newly promoted teams to the league get first picks for the top talent and then so on. By doing this not alone will we see emerging talent play in the Premier League week in week out, it will save newly promoted clubs fees on players and the tops team see their players and if they can play at the top level. Everyone is happy.

Here is an example. United, City, Chelsea, Arsenal, Spurs and Liverpool all place four of their top talents not considered for the first team into a pool. Cardiff, Hull and Crystal Palace are just promoted and are cautious about spending money on players with their chances of survival. So, by using the draft, Cardiff could sign Andre Wisdom of Liverpool and Jordan Ibe. Palace could get Lewis Baker off Chelsea. Hull could acquire Isaac Hayden from Arsenal and Tom Carroll of Spurs. Other players like Martin Kelly and Jon Flanagan of Liverpool, Jesse Lingard and Wilfred Zaha from Manchester United, Nathaniel Chalobah of Chelsea and Harry Kane of Spurs are all ready to be picked. These are all players struggling to find first team chances but are rated highly by their club.

This is not a long term solution to the English FA’s problem. Coaching at grass roots does need to improve and the emphasis of fitness over finesse and power over passing needs to be addressed. Players need to not alone play the game but be students of it. Be educated on systems, tactics and styles of plays. The pressure to succeed must be dropped and youth player’s wages and contracts need to be reviewed to stop the race for wealth and fame. But in the meantime, a short term fix may be needed. My above suggestion could be easily adopted. It would help the newly promoted teams and smaller teams in the league while allowing players in the top youth academies to showcase their talents in the biggest league in the world. If they preform and do well, then their club can have them back after the season and have a homegrown player ready to play in the first team. If not, they have the option to sell to the foster team the player is at and the player is still playing and the club makes money.

There are more pressing issues in the world to solve such as war or world hunger but for the moment let’s start here. There you go FA. Your Welcome!